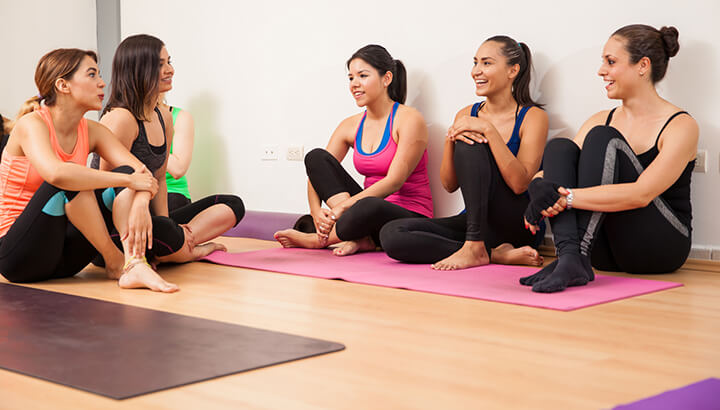 By now, most of you have probably at least heard of the many health benefits of yoga. Physical benefits such as strength, flexibility and improved cognition are discussed often in association with this practice — and, well, they should be! However, what’s less discussed are the social benefits of yoga.

The social benefits of yoga are as plentiful as the physical benefits that regularly practicing yoga can provide. More and more research is starting to focus on the individual and community benefits of this practice, with some highly positive results. The following are a few important findings on the matter.

A 2016 study performed by the University of Nottingham tested the effects of Kundalini yoga on children in care, as well as the staff of children’s care homes. The study was performed in three different homes for children in the East Midlands. The Kundalini yoga program itself lasted for 20 weeks. Participants were given questionnaires and asked to attend interviews about their experiences.

Results of the study showed that everyone involved reported positive effects from the yoga. These effects included higher levels of relaxation, feelings of openness and feelings of positivity. Some participants reported improvements in the social aspects of their lives, as well. On these exciting results, the study’s lead author, Dr. Elvira Perez, stated:

“The findings are very exciting as they suggest that the practice of Kundalini yoga, involving both staff and children in care, is a plausible intervention that can lead to individual and social benefits. This could have potentially huge, wide-reaching benefits for children in care as well as for all the staff working in residential settings. The study has generated a number of valuable guiding principles and recommendations that might underpin the development of any future intervention for children in care and the staff working in these homes.”

Another group that has been found to benefit socially from yoga is prison inmates. A 2013 study performed by researchers at the University of Oxford tested the effects of yoga on inmates across seven different prisons. Some of the prisoners served as a control group, while others participated in 10 yoga sessions of 90 minutes in length.

After the 10-week course, results showed that prisoners who were taught yoga reported less stress and greater positivity. They also performed better in a behavior control-related computer task than the prisoners who did not receive yoga training, which signified both impulse control and improved attention. On these results, study co-leader Dr. Amy Bilderbeck commented:

“This was only a preliminary study, but nothing has been done like this before. Offering yoga sessions in prisons is cheap, much cheaper than other mental health interventions. If yoga has any effect on addressing mental health problems in prisons, it could save significant amounts of public money.”

The director of the Prison Phoenix Trust, Sam Settle, added:

“Almost half of adult prisoners return to prison within a year, having created more victims of crime. So, finding ways to offset the damaging effects of prison life is essential for us as a society. This research confirms what prisoners have been consistently telling the Prison Phoenix Trust for 25 years. Yoga and meditation help them feel better, make better decisions and develop the capacity to think before acting — all essential in leading positive, crime-free lives once back in the community.”

The social benefits of yoga in general

So, what are you waiting for? With all of the multifaceted benefits it can offer, there is no reason not to get out there and do some yoga!