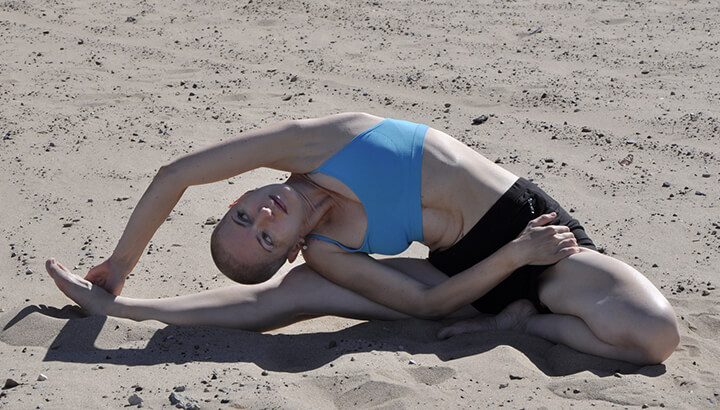 Cancer is one of the most feared illnesses of our modern world. Fortunately, with improved technology and early detection, receiving a cancer diagnosis is not a death sentence. Many people bravely fight cancer and come out of treatment completely cancer-free. However, that does not mean that the process of battling cancer does not take its toll.

Depending on what type of cancer they are diagnosed with, many patients undergo draining and damaging treatments such as radiation, chemotherapy, and surgery. These treatments, while they can work wonders in removing cancers, also have a long list of serious side effects, and can greatly diminish one’s quality of life. Plus, there’s the stress and pain of the cancer itself to contend with.

One practice that is showing great promise in helping cancer patients and cancer survivors enjoy a better quality of life is yoga. A number of recent studies have found this ancient mind-body practice to have significant benefits for cancer patients, and for those individuals who have survived and beaten cancer. The following is a very brief look at some of this research.

Just recently, the University of Pennsylvania School of Medicine published a study of the benefits of yoga classes on men receiving radiation treatment for prostate cancer. For this study, researchers recruited men who were receiving six to nine weeks of external radiation therapy. One group of these men received yoga classes twice per week during the course of their radiation therapy. The other group did not, and served as a control group. Yoga positions used during the classes were modified and tailored to the participants’ specific needs.

“At their baseline, before patients started treatment, patients in both groups were on the lower end of the scale, meaning they reported lower amounts of fatigue. But as treatment went on, we observed a difference in the two groups… Levels of patient-reported fatigue are expected to increase by around the fourth or fifth week of a typical treatment course, but that did not happen in the yoga group. Both the severity of the fatigue as well as the patients’ ability to go about their normal lives appeared to be positively impacted in the yoga group.”

Dr. Vapiwala also explained that the benefits to urinary and sexual function observed in this study are likely because of yoga’s ability to make pelvic floor muscles stronger. She also noted that men in the yoga group had emotional well-being scores that rose faster than the men in the control group as their radiation therapy progressed.

Prostate cancer patients aren’t the only cancer patients that can benefit from yoga. Research has also found that practicing meditation and yoga can lead to better long-term outcomes for breast cancer patients. Yoga has also been linked to improving fatigue and reducing inflammation in breast cancer survivors. Because of it’s effect on inflammation, yoga could be beneficial for individuals battling any type of cancer… or many other chronic illnesses, for that matter.

If you or someone you know has been diagnosed with cancer, yoga is one therapy to look into… it could provide a great deal of comfort and healing.