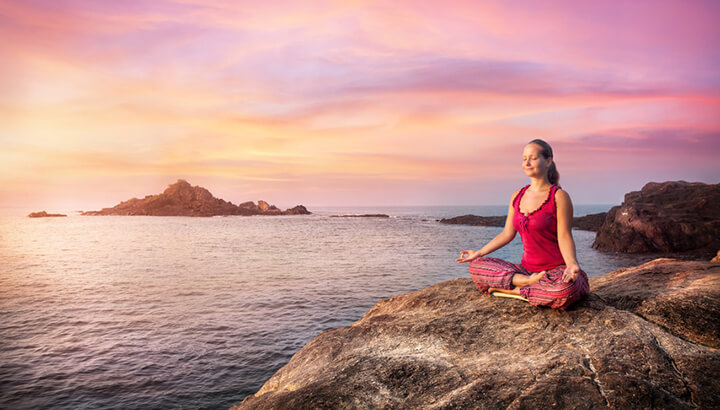 If you’ve ever experienced depression, you know that it can be detrimental to every aspect of life. When you are depressed, it may be hard to even get out of bed, let alone be productive and fulfill all of the day’s responsibilities. Even spending time with family and friends may feel like an insurmountable obstacle, because you feel so unspeakably low.

While many people go through a bout of depression every once in awhile, especially around stressful or tragic life events, a significant portion of the population suffers from what is known as major depressive disorder. According to the Anxiety and Depression Association of America (ADAA), about 6.7 percent of American adults (over 15 million people) suffer from major depressive disorder. While more women are affected than men, anyone may develop it.

In order to combat major depression and get back to normal life, many people opt for prescription antidepressants. The problem is, not only do these drugs often have a long list of unpleasant to downright dangerous side effects, in many cases, they do not work. This leaves millions of people searching for a better, safer, more natural option. One such option is yoga.

The ancient healing practice of yoga has so many benefits that it’s difficult to list them all. You may have heard (or experienced) that regularly practicing yoga has the potential to:

Along with all of these amazing benefits (which are just a few of the many), yoga may also provide significant relief to individuals suffering from depression. A new study performed by researchers at Boston University Medical Center tested the effects of a regular yoga practice on the amelioration of major depressive disorder, with some very encouraging results.

For their study, researchers recruited 30 adult volunteers with major depressive disorder. Some of the volunteers were not on medication for their depression, while others were receiving a stable dose of antidepressants. Half of the volunteers were instructed in Iyengar yoga three times per week, and given home practice exercises to work on. The other half practiced Iyengar yoga twice a week, and were also given home assignments.

Results showed that individuals in both groups reported improved depression symptoms after the eight-week study. The individuals that practiced yoga more frequently had even more improvement than those who practiced less frequently, but results were positive for all. On these results, Dr. Chris Streeter, corresponding author of the study, stated:

“This study supports the use of a yoga and coherent breathing intervention in major depressive disorder in people who are not on antidepressants and in those who have been on a stable dose of antidepressants and have not achieved a resolution of their symptoms.”

If you have depression, give yoga a try

These findings are truly exciting because yoga is a safe, natural practice with no side effects (when practiced safely) and a whole host of benefits to virtually every system in the body. If it is able to help depression as well (as research strongly suggests it can), that means millions of people may be able to achieve a high quality of life naturally, while also improving their health in many areas. It’s a win-win all around.

If you or someone you know is struggling with depression, it’s worthwhile to give yoga a try. Look for classes in your area; many studios offer free community classes once a week as a way to give back. If there are none available, find Youtube videos that specifically instruct beginners. Just make sure you start slow and don’t push your body too hard, too fast. Go at your own pace and increase your difficulty level gradually.