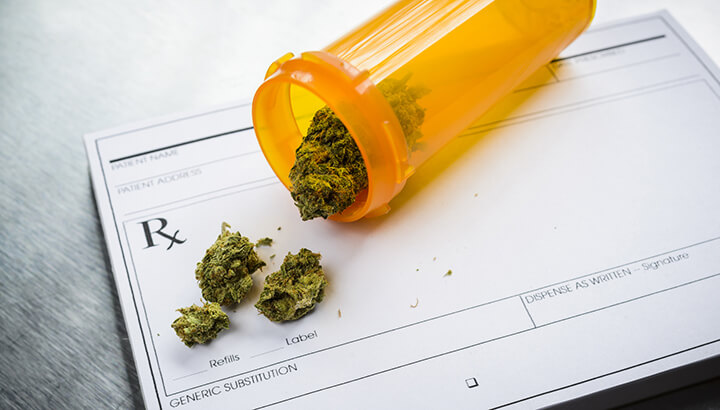 When it comes to anxiety, which I’ve struggled with my entire life, there are a few tried and true methods to keeping those panic spikes under control. Methods you can use every day, including eating nutritious foods, saying no to processed and sugary junk food, getting plenty of exercise, finding a form of creative release, and making sure you don’t skimp on sleep.

There’s also meditation, which has been an absolute sanity-saver for me for over a decade. I don’t know where I would be today, or what my mental condition would be, if it wasn’t for the healing zen powers of meditation. Whenever I write an article that has to do with anxiety, I always mention meditation as my number one key strategy to finding relief. I cannot recommend it enough.

Along with meditation, there are numerous natural remedies that have been touted and researched throughout the years for their anxiety-relieving benefits; remedies that may work in tandem with meditation and a healthy lifestyle. One that is coming to the forefront of research today is marijuana. A growing body of research has found that the compounds found in this long-demonized plant may help to alleviate anxiety symptoms, and a new study sheds light on how this may work.

The aforementioned new study, published in the journal Psychopharmacology, examined the cortisol levels of chronic marijuana users and compared them with cortisol levels of people who did not use marijuana. On the background of this research, the authors wrote:

“One of the most commonly cited reasons for chronic cannabis use is to cope with stress. Consistent with this, cannabis users have shown reduced emotional arousal and dampened stress reactivity in response to negative imagery.”

For their study, researchers recruited 40 people who reported habitually using cannabis, and 42 people who reported that they did not use cannabis. The groups were given tests to assess their physiological and psychological stress levels. The physiological test involved submerging participants’ hands in an ice bath, and the psychological one involved asking them to do math problems while being evaluated (a definite stressor for many!). During both tests, levels of cortisol (aka the “stress hormone) were evaluated in each group. High cortisol levels are linked to high levels of stress.

So, while the cannabis users still responded to the stress, it didn’t seem to phase them nearly as much. This research is still being called preliminary, and researchers are saying that they need to investigate whether this “blunted” stress response is a positive and not a potential negative. It’s not good to eliminate too much stress response; it serves us humans very well in terms of survival. In the case of anxiety, you want just enough stress relief — not so much that awareness and energy are diminished (as often in the case of prescription medications), but enough to reduce the panic and slow the mind. It’s a balance.

According to study co-author Carrie Cuttler:

“While we are not at a point where we are comfortable saying whether this muted stress response is a good thing or a bad thing, our work is an important first step in investigating potential therapeutic benefits of cannabis at a time when its use is spreading faster than ever before.”

Anxiety can be severely debilitating for many people (trust me, I’ve been there), and sometimes even keeping up a healthy lifestyle and meditating regularly aren’t quite enough for the bad days. It’s because of the bad days that many sufferers of anxiety turn to prescription drugs. These may be a nuclear option for some people, and some do find relief this way. However, they do come with quite a bit of risk, such as addiction and dangerous potential side effects, so many people want to try a natural option first.

If marijuana could potentially provide anxiety relief more safely and effectively than prescription medications, without the dangerous and life-inhibiting side effects and addiction potential of drugs such as benzodiazepines, this is encouraging. I’ll definitely be watching out for more research on this. Medicinal marijuana, and non-psychotropic cannabidiol (CBD), have amazing potential to help us heal many of the illnesses that plague us. Let’s be open to learning as much as we can.