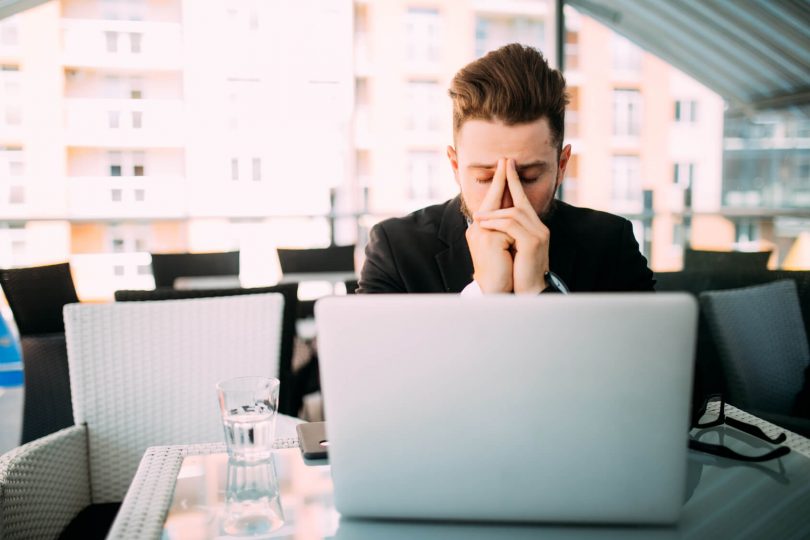 If you’ve ever had a panic attack, you know how horrible they can be. If you haven’t, it can be difficult to understand their magnitude and effect on someone’s mental state. They’re surprisingly common and yet remain misunderstood. Many people who experience panic attacks believe that there’s nothing they can do to stop one. But, since panic attacks are psychological in nature, we can use the mind to stop them.

What is a panic attack?

Panic attacks feel dangerous, but they aren’t. That’s because, during a panic attack, the stress centers of the brain engage, shooting adrenaline through your body as it activates the fight-or-flight response. However, panic attacks can occur spontaneously, seemingly without cause. An excellent analogy for the process is like placing a fire alarm too close to a toaster oven, causing it to go off in false alarms.

During a panic attack, which is an episode during which a person feels intense fear or discomfort, you can experience a wide range of symptoms. The sensations reach a peak within minutes — usually only lasting ten minutes at most — and include at least four of the following:

How to stop a panic attack fast

I’ll be honest: I recently had a panic attack. I was on vacation in Las Vegas over Christmas. As I sat in the theater at the start of a Cirque du Soleil show, I broke out in a cold sweat, my heart started racing and my first thought was, “I have to get out of here.” I don’t know if it was the lights or the fog; I just knew I was going to get trapped in the theater and I was going to die.

Now, the last time I had a panic attack was about ten years ago. I remember because my daughter was a toddler. Since then, I’ve had years of mindfulness and meditation training, but when I had my first panic attack, I used the same technique to stop it. So, my training has made it easier to disrupt a panic attack, but it’s not essential to the process.

Regardless of why you go into a stress response, it’s common for your breath to shorten and come in short, fast bursts from the top of your chest. You can even be so stressed that you hyperventilate during a panic attack, which can contribute to a feeling of dizziness. When you feel an attack coming on, breathe deeply through your mouth and notice how it moves your body. Let it fill your chest and belly before you release it through the exhale.

Remember that the body listens to the mind. So, when you consciously tell yourself that you’re having a panic attack, it will listen. Try something along the lines of, “I’m having a panic attack. I’m okay. I’m safe.” Acknowledging the problem helps reduce the stress. There’s nothing that the brain hates more than the narrative that says, “I don’t know what’s happening.”

It’s normal to feel the need to escape or feel like you’re going to die when you have a panic attack. Look around you and notice the very real ways you are safe. If you’re at home, notice if someone is there with you. Notice the locked door, the phone nearby if you need to call for help and even the chair beneath you.

If your panic attack is triggered by the energetic, fast-paced environment around you, close your eyes for a bit. Keep breathing and focus on how that breath feels, instead of looking around.

Notice when symptoms start to fade

It’s important to notice when your heart rate slows or when you no longer feel clammy. By acknowledging when you feel better, your symptoms will continue to improve. With practice, you can even use this trick to stop a panic attack in its tracks in less than a minute.

On that note, the best way to halt a panic attack is through a regular mindfulness practice. When you are in the habit of being mindful during low-stress periods, it’s easier for your mind to follow those same thought paths during a panic attack.

In fact, studies show that people who participate in group meditation-based programs experience a reduction of anxiety symptoms and fewer panic attacks. Regular mindfulness through meditation, yoga, qigong or other practices can help you be prepared for a panic attack.

How do you cope with panic attacks?